Generate Your Own Power

Solar batteries to power your home or business

The most famous solar batteries

Tesla Powerwall 2 is the leading residential and small commercial energy solar battery backup and storage component on the market. Pictured above is the Powerwall 2XL made by the internationally renowned Tesla.

In the Australian solar batteries market Tesla Powerwall is:

A little bit about Tesla

Tesla Motors was founded in 2003 by a group of engineers in Silicon Valley who wanted to prove that electric cars could be better than petrol-powered cars.

Tesla began its mission by designing a power train for a sports car built around an electric AC (Alternating Current) induction motor, patented in 1888 by Nikola Tesla, the inventor who inspired the company’s name. The Tesla Roadster was launched in 2008 and set a new benchmark for sustainable transport. 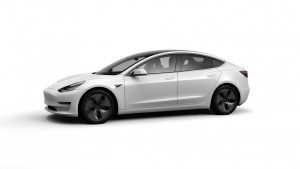 Since then, Tesla engineers have continued to design fast, efficient and practical cars that push the boundaries of what is generally considered possible.

The company is also creating a network of charging stations, the Destination Chargers, for it customers around the world.

Tesla is a technology and design company with a focus on energy innovation and the mission to accelerate the world’s transition to sustainable energy. The company entered the solar home storage battery backup market with its Tesla Powerwall Battery in 2015, and halved the cost of battery storage within a year when launching Powerwall 2 in 2016.

The Photovoltaic (PV) cells on your roof need to deliver the power you need without degrading. And for as long as possible.

For premium quality rooftop panels, expect 20 to 30 years of FREE electricity from the sun.

While PV panels are the largest component to your solar system, battery storage can be the most costly.

But the good news is that research, technical breakthroughs and the benefits of large-scale production have dramatically reduced the cost of rooftop panels while also increasing their efficiency.

Country Solar NT has access to the entire solar panel market. We are not tied to any particular brand or manufacturer and we keep abreast of new and improved solar technologies and products.

We also know which manufacturers consistently deliver quality and reliability and always recommend the best solar panels for your particular situation.

Book a 1 on 1 Consultation Today

Questions for your solar panel provider

Is the panel manufactured by a “Tier 1” brand name solar manufacturer?

Tesla’s products are produced at its own factory in Fremont, California, providing thousands of jobs to the area and with a production capability of 1,000 cars a week.

The company is expanding its manufacturing footprint into other areas, including in Tilburg, the Netherlands, where it has an assembly facility, and Lathrop, California, where it has a specialized production plant.

To reduce the costs of lithium ion solar batteries, Tesla and key strategic partners including Panasonic have begun construction of a gigafactory in Nevada. The massive giga factory will be a zero emissions building and facilitate the mass-production of affordable electric vehicles and battery packs for cars and home storage. By 2020 the giga factory will produce more lithium ion cells than all of the world’s combined output in 2013.

Tesla offers the Powerwall and Powerwall 2 battery for residential customers as well as the Powerpack for commercial and utility-scale applications.

The video above is hosted by Robert Llewellyn who played Kryten in Red Dwarf (series 3 onwards). This is the web series “Fully Charged” but Robert is so good we had to include the whole episode.

Some of the PV panel brands we currently recommend

We are continually trialing promising solar products as they become available to assess their suitability under Northern Territory conditions.