Information you need to know now that rooftop solar is the world’s cheapest way to generate electricity.

The key point to remember when it comes to the costs and benefits of solar is that rooftop solar is now the WORLD’S CHEAPEST form of new electricity generation. Couple this with tax incentives, instant asset write offs and the payback time for commercial solar has never been shorter.

Solar isn’t just cheaper – it brings other indirect savings in time, effort and money because it is also today’s most FLEXIBLE electricity source.

Free energy from the sun can be captured from;

Solar installations can be located anywhere

Where the sun shines and power is needed

This can be a huge benefit in remote regions of the Northern Territory where more and more off-grid systems are now being installed.

Solar systems don’t need an infrastructure of kilometers of expensive poles and wires. They are completely self-contained and operate independently.

Today’s low cost of solar is the result of technological advances and large-scale manufacturing. As much as 80% or more has been cut from the cost of photo-voltaic panels and other components over the years since 2009.

There are other big benefits for Territorians. We live in a part of Australia where the sun shines strongest and we enjoy some of Australia’s most generous Government incentives and concessions for switching to renewable solar.

So how much does rooftop solar really SAVE?

As a solar homeowner in the Northern Territory you can SAVE HEAPS . . . way more than our southern States cousins, who have every right to be jealous.

In the jargon of the solar industry this is referred to as the “FIT” and in the Northern Territory the FIT for customers installed and grid connected prior to April 5th 2020 is “1 for 1” meaning our electricity provider, Jacana Energy, will pay you the SAME PRICE for any surplus power you FEED-IN to the grid as they charge for any base rate power they sell you.

And that’s a great deal because solar systems in the NT typically produce more kilowatt hours of electricity a day than equivalent systems anywhere else in Australia.

You use some or all of the FREE units of power from your system directly, saving the money you would have had to pay if that power had come from the grid.

If there is more power than you can use, then the magic of the system we set up for you will pump it into the grid and you get an automatic credit from Jacana Energy.

When you draw from the grid at night, or at any other time the sun doesn’t shine, your accrued credit will be offset against your bill unit-for-unit, meaning a proportion of your power from the grid is also FREE.

The current base retail rate for domestic grid electricity in the NT is 23.68(ex GST) cents a unit. As we have all come to learn, those cents really mount up.

The forward-thinking people who have already installed a typical 6.6kW rooftop solar system on a Darwin home are saving $2,500 or more a year.

For new prospective solar owners or people just looking at getting solar for the first time the Jacana Energy Solar FiT has now changed (5th Arpil 2020).

Businesses  and organisations with bigger commercial rooftop solar systems can save tens of thousands of dollars a year. That’s why Country Solar NT is regularly being contracted to design and install commercial systems from 30kW to 800kW capacity.

Technical issues mean Territory businesses or industries are not permitted to feed-in power to the grid from bigger solar systems. But it doesn’t matter because they typically use all the daylight power they produce anyway. They still achieve their big savings because using their own power means they are not paying day-time peak rates for grid electricity. Instead, with capital costs amortised over 20 years, they are getting their electricity for as little as 7c a unit – the grid base rate is over 30c.

Businesses also can enjoy on-going tax relief to further offset the cost of a solar system, much as they would for any other capital item. The tax law is complex and the  amount of relief will depend on circumstances like your funding arrangements. Therefore a chat with your accountant should be part of your due diligence when considering a business solar installation.

Broadly, you can depreciate the cost your system (net of rebates) over 20 years and if you fund your purchase through borrowings then you can claim the interest payable as a deductible expense. Maintenance costs also are deductible. If you are registered for GST then you also will be entitled to GST Credits against the cost of your installation.

However, if you benefit from a Large-scale Renewable Energy Target “rebate” on the cost of your installation then this will be treated as income and will be taxable. Likewise, for any payments or credits you receive for electricity you sell.

These rules do not apply for residential solar systems – generally there are no depreciation or expense write offs for solar householders and they are not required to declare rebates through the Small-scale Technology Certificates scheme or feed-in tariff credits as income. The exception is investment properties where the treatment will be similar to the rules applying for business. 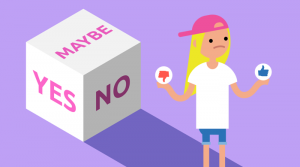 Entertaining articles and reasons why you should switch to solar.

This is a common question from people thinking about going solar. If it is top of mind for you then you can check out the pros and cons in this BLOG page article:

How much will rooftop solar cost?

Every rooftop solar installation will be different depending on your location, your roof angles, your needs, shading and so on. At Country Solar NT we will design a system to suit your circumstances.

As result the actual cost of rooftop solar installations vary according to requirements, the selected components, your location and the power output you need.

But as a rule of thumb Northern Territory householders can expect to pay around $1,700 to $2,200 per kilowatt for a quality rooftop solar array using high quality components.

This estimate INCLUDES connection and metering fees payable to NT Water and Power and fees to local authorities for building approvals and is AFTER the Government sponsored incentives for new installations have been deducted.

If you receive quotes for less in the Northern Territory, then you need to have a close look at the quality of the components being offered, the reputation of the manufacturers and the warranty support.

Inferior products are simply unlikely to go the distance and are a very bad choice for a long term investment that should be delivering you hassle-free benefits for 20 to 30 years plus.

Like most other goods and services, rooftop solar costs more in the Northern Territory than in the Southern States. This is due in part to the extra expenses with the need for much more robust installations to cope with cyclones.

Check out this Blog report which explains issues you should be taking into account: Why NT householders should be moving fast to lock in solar benefits while they still can

The COST of Solar for Businesses

Rooftop solar makes real financial sense for businesses, industries and institutions because most of them mainly operate during the day – the time when the sun shines longest and strongest.

Like residential solar, what you pay will vary according to the size of the installation, the location, the situation and the selected components. It also can be influenced by special safety requirements – for example on a dangerous site like an oil and gas depot.

But remind yourself that with this level of investment amortised over 20 years you can be paying as little as 10 cents fpr kWh for your electricity compared with a base rate of around 29 cents pre kWh from the grid.

Your panels will typically have a life of 20 years. You will have to replace some components such as inverters but these cost are taken into account in the above price estimate.

As with domestic solar, the cost of a commercial system in the NT is higher than in Southern States due to the harsh climatic conditions, remoteness and the need to cyclone proof installations in the Top End . . .

Because they mainly operate when the sun is shining, businesses also can get MAXIMUM savings from directly USING all the FREE electricity their system produces.

And this continues day after day over the years ahead, with minimal maintenance costs and limited component replacements being the only outlays.

The savings can be great – for example as much as $2,000 a month for a modest 30kW system, meaning very rapid payback periods. For bigger businesses with bigger installations, the savings run into tens of thousands of dollars a year.

This is why more and more businesses and institutions like schools, universities and clubs are going solar – it really is a no brainer!